At the risk of sounding unlady-like, I will state for the record that I do love my food.

I also like trying out new and unusual dishes (except if it sounds too gross). I will also admit that I am somewhat impressionable when it comes to food, especially if I’m reading about it. What I mean is, if I’m reading a novel and the characters are eating something, I will suddenly have a craving for it or if it’s something strange I will want to try it out.

The constant mention of ‘gruel’ in many old Classics (think: Dickens) has frequently had me cooking up some oats even though it’s never given the most flattering of descriptions.

Now there have been some stranger concoctions that I’ve read and whether these are common where the author is from or whether they are made up, I can’t be certain exactly.

There is one favourite of mine that has raised a few eyebrows.

A few posts back I mentioned Elizabeth Kostova’s The Historian. The main character travels with her father through Europe. In one country(I can’t remember which) they purchased freshly baked rolls and stopped for a picnic/lunch were they ate the rolls with pieces of dark chocolate in them.
Chocolate on bread? Might sound weird but it is very tasty, people. The reason for Nutella’s existence- although there is a difference, in terms of taste, between choc spread and actual chocolate pieces. I prefer real chocolate pieces so if I have a slab of dark or milk choccie on hand and if I just bought some fresh white rolls, then you know exactly what I’m having for dinner. 🙂 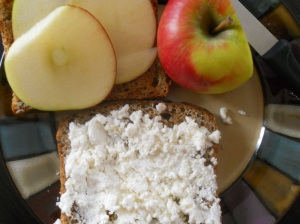 Apples and cheese? Yeah, why not.

For the more health-conscious amongst us, I did come across a new dishy idea after reading the Hunger Games. In the arena, Katniss makes a meal with goats’ cheese and apple slices in a roll. True to my curiosity I decided to try this combination out.
I didn’t have goats’ cheese and since it’s not very common in the supermarkets in my hometown, I used Camembert instead. It was surprisingly good on wholewheat brown bread. I later read that Feta was very similar to goats’ cheese so I tried that as well. I didn’t like it very much, the apple and Camembert made a far better match so lo and behold! I’ve found a new favourite sandwich filling!
As a gourmand, nothing frustrates me more than completely made-up foods that the author makes sound so mouth-wateringly delicious, yet you will never truly know what it tastes like. One example for me was, the Island Of Purple Fruits by Terry Jones(yes, him of Monty Python fame) which describes the said fruits as being the tastiest thing that the main character had ever eaten. As a kid (and even now) I ached to know what those fruits tasted like that. And the same goes for Rowling’s Butterbeer.

Weird dishes/foods mentioned in works of fiction: have you ever been tempted to try them yourself? If you’re a writer have you ever created unique delicacies in your stories? Or what’s the tastiest-sounding foodstuff you ever read about in a novel? Your thoughts are always welcomed. 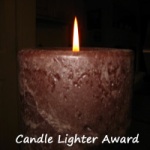 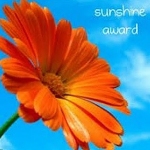 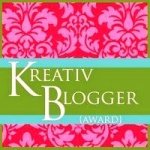